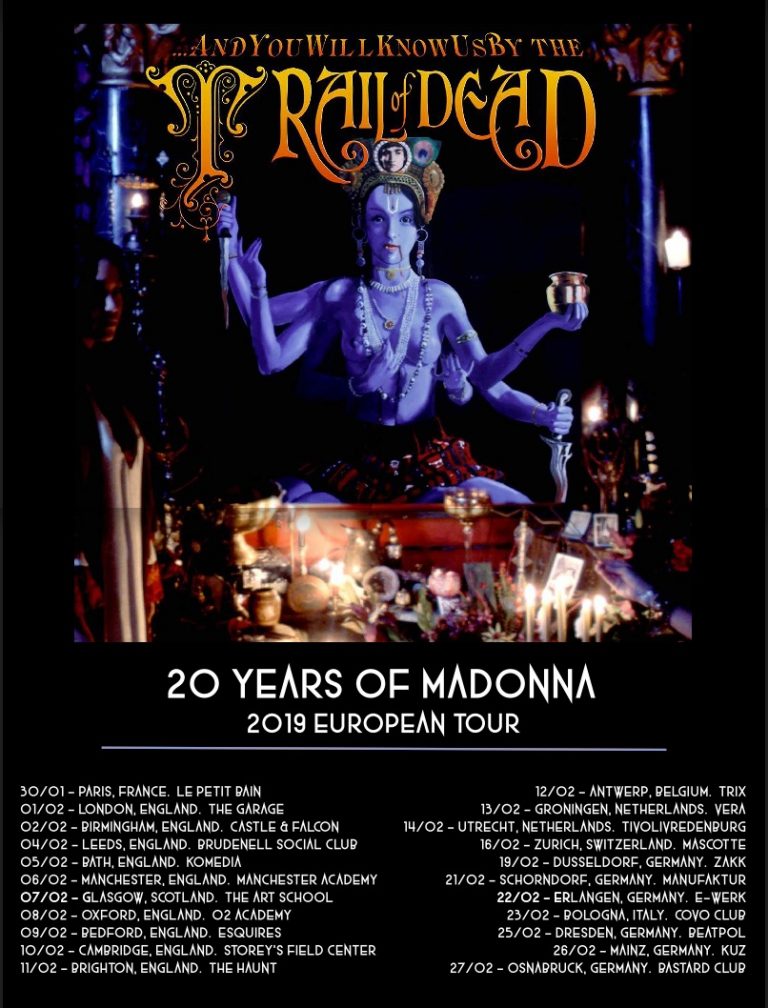 THE MOST UNEXPECTED of anniversary tours has been announced.

I say unexpected, as when I mentioned it to …AYWKUBTTOD’s agent, they merely replied “that’s a good idea” as if to suggest is wasn’t already in motion.

So, we gave birth to the very idea of this anniversary show. As if I wasn’t proud already to actually have the gig, but to have in some way set the wheels in motion is quite a feeling.

Seeming as you’re all regulars to our blog, and more than likely identify as a member of then #GigFam, i’ll do my usual whirl through why this show exists.

We need to go back to 1999. To when record shop  PR Sounds in Devizes was at it’s peak (for me at any rate). And the Italian Stallion John Canouter (sp?) was flogging me all these cool American imports. One such album, “Madonna” was spinning one day in the shop, and when I inquired, John refused to sell it to me as it was their only copy.

The very next day I went in as I knew John wasn’t on shift and I bought it, scratched to fuck but I didn’t care, It played and that’s all that mattered.

From the first listen I was hooked. Musically it was so instant – melodic yet crazy. Loud yet quiet. The chords… emotional. I inferred so much from the songs, and loved the way each one melds into the next, much like the way Mansun did on Attack Of The Grey Lantern, which has been released only 2 years earlier and become staple listening for me.

I caught them live at Reading festival a number of times following this album, on the Radio 1 stage (2nd stage, not sure what it’s called now…), but I never managed to make it to one of their gigs proper.

Anyway, a few albums and over a decade later, Conrad finally tours solo, and I forget how now, but  I manage to convince him to come play Devizes. (Recording below…)

He is an absolute pleasure to deal with, and it turns out has an auntie living a stones throw from the venue. What a coincidence! The people who attended the show were spoiled. Conrad literally played requests, and threw in loads of country covers. He brought all his graphic illustrations with him to sell and generally was the ultimate fans dream.

Until this of course.

Now I find myself taking on my biggest challenge yet. In theory the biggest show I’ve done in the nicest venue I’ve had is a dream proposition, but as you’re all aware I have no safety net – This is me out on a wing and a prayer, hoping enough people loved that album as much as I did. If not, you’ll find me washing dishes in the local pub, paying off my credit card.

PS. Tickets make great Xmas presents. Why not give someone an experience they’ll never forget?

We’ll update with supports as soon as we know.

Sheer Music Present…
…AND YOU WILL KNOW US BY THE TRAIL OF DEAD.
Tuesday 5th February 2019
@ The Komedia, Bath.

Those tour dates in full….